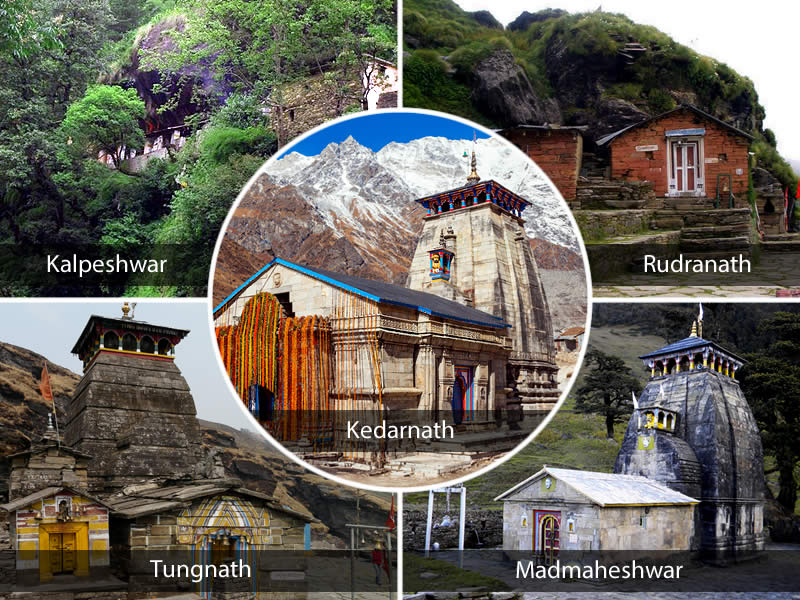 Madhmaheshwar, Tungnath, Rudranath and Kalpnath with Kedarnath form the Panch Kedar, the five most important temples of Lord Shiva in Garhwal Himalayas.

One of Panch Kedars, the temple of Madhmaheshwar is located at an altitude of 3,289 m above sea level, on the slope of a ridge, 25 km northeast of Guptkashi. There is a motorable road from Guptkashi to Kalimath. The best statue of Har Gauri in India measuring over a metre high is found in the Kali temple.

The trek from Kalimath to Madhmaheshwar is distinguished by wild unparalleled scenic beauty and engulfed by Chaukhamba, Kedarnath and Neelkanth peaks. Gaundar at the confluence of Madhmaheshwar Ganga and Markanga Ganga, is the last settlement before one reaches Madhmaheshwar, the place where Lord Shiva is worshipped in the form of belly.

The arms of Lord Shiva came out as per the Kedarnath myth at Tungnath. He is worshipped here as one of the Panch Kedars. Tungnath Temple at an altitude of 3,680 m, is the highest Shiva shrine among the Panch Kedars but the easiest to reach from Chopta, the nearest road head.

Situated amidst thick woods, here the ‘mukh’ or the Lord’s face appeared and Shiva is worshipped as Neelkanth Mahadev. Situated at a height of 2,286 m, all around the shrine are fragrant flower-laden meadows where herbs grow in profusion. In the background, in all their glory, are the glittering snow-covered peaks of Trishul, Nanda Devi, Devasthan etc. Near the temple is a stream of sparkling water known as Vaitarini – the ‘Water of Salvation’. Passing through the glorious mountain scenery, the 17 km trek passes on its way through Anusuyadevi. At a height of 2,439 m.,

Nandikund is a place where the people worship some rusty old historic swords thrust into the rocks. The local populace earnestly believe that the swords belonged originally to the Pandavas. The temple is surrounded by a number of pools – Surya Kund, Chandra Kund, Tara Kund, Manas Kund – while the great peaks of Nanda Devi, Trishul and Nanda Ghunti form a fabulous background.

This small rock temple to be entered through a cave, 2km from Urgam and 11 km from Helang, bear the manifestation is of the Shiva’s hair or Jata. The 14 km distance from Joshimath to Helang is motorable and the rest 11 km is a bridle path via Urgam, that begins with the crossing of the Alaknanda at Helang.

Most of the trek is a gradual climb. Just 2 km before Kalpheshwar is the friendly village of Urgam (2134 m.) set amidst mesmerizing natural surroundings.

The Kedarnath Temple is situated at an altitude of 3580 m amidst the background of snow covered mountain peaks and forests. The temple is built of large, heavy and evenly cut grey slabs of stones and is considered more than 1000 years old. The temple has a garbha griha (inner sanctum) where a conical rock formation is situated and a Mandapam for seating of pilgrims and visitors. A large statue of the Nandi Bull is situated outside the temple door. The nearest motorable road reaches Gaurikund . The pilgrims have to trek 14 km to reach the temple.

Dedicated to Lord Shiva, the exquisitely carved and sculpted Kedarnath temple is built of extremely large, heavy and evenly cut gray slabs of stones, it evokes wonder as to how these heavy slabs were handled in those ancient days! The present temple, built in the 8th century by Adi Shankaracharya, stands adjacent to the site of an earlier temple built by the Pandavas. The inner walls of the assembly hall are decorated with figures of various deities and scenes from mythology. Outside the temple door a large statue of the Nandi Bull stands as guard. 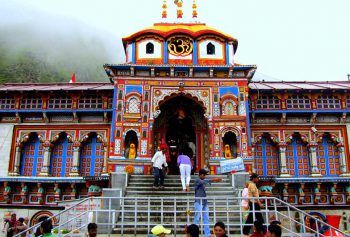 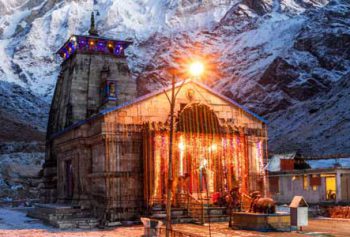 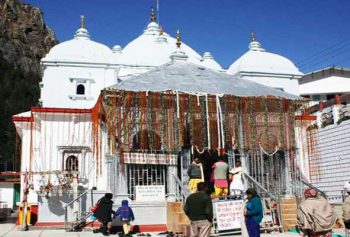 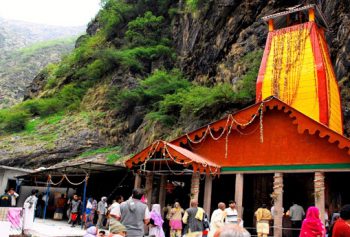 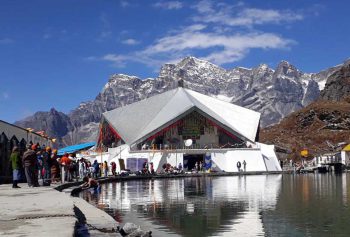 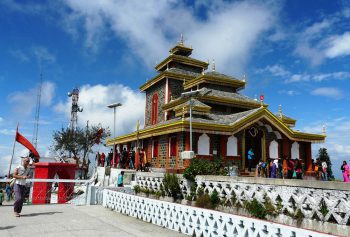 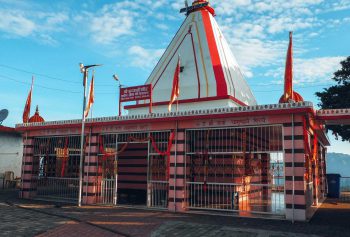 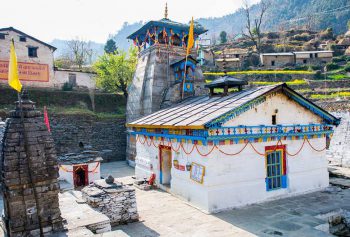 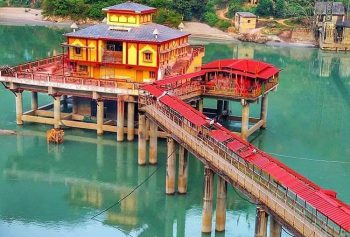 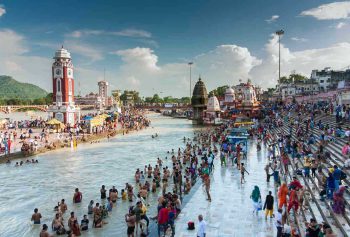 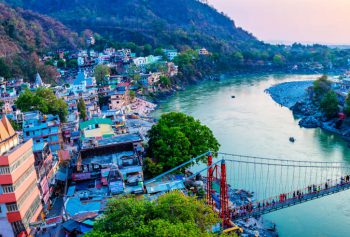 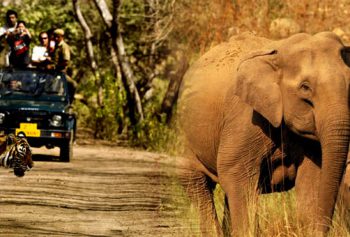 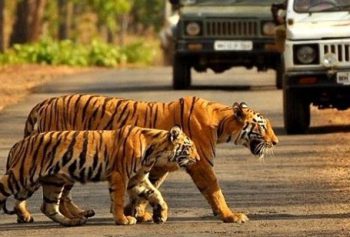 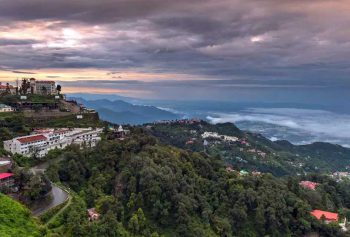 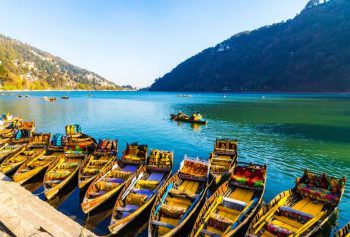 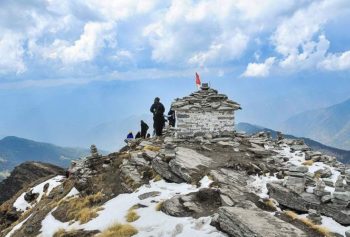 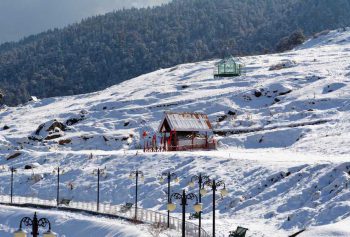 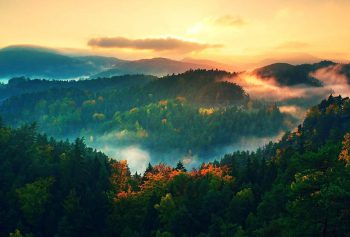 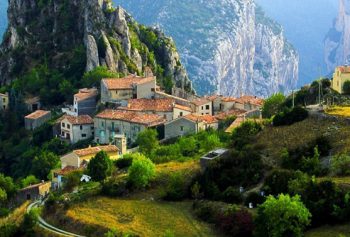 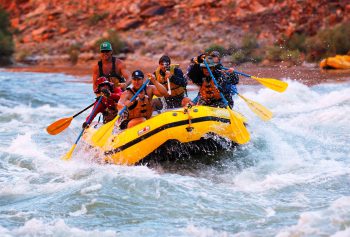 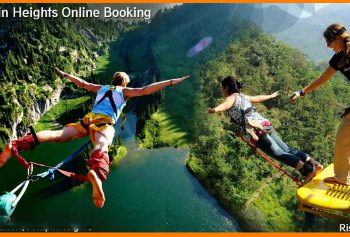 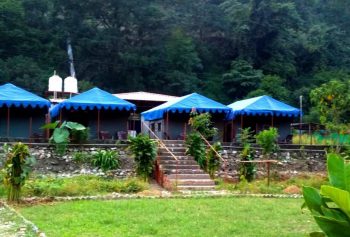 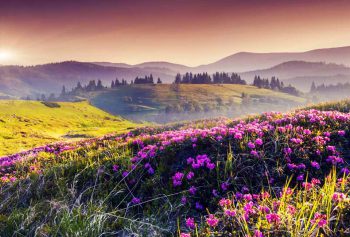 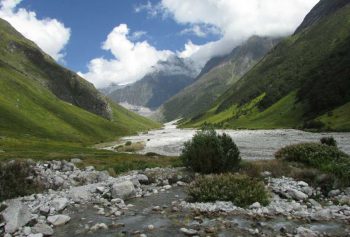 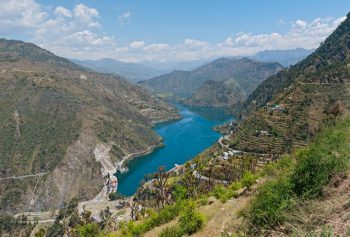 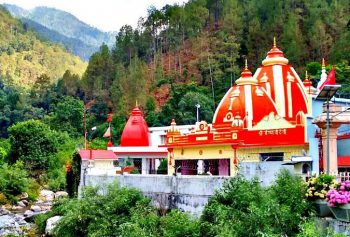 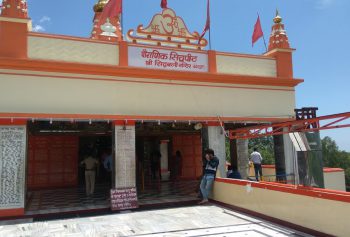